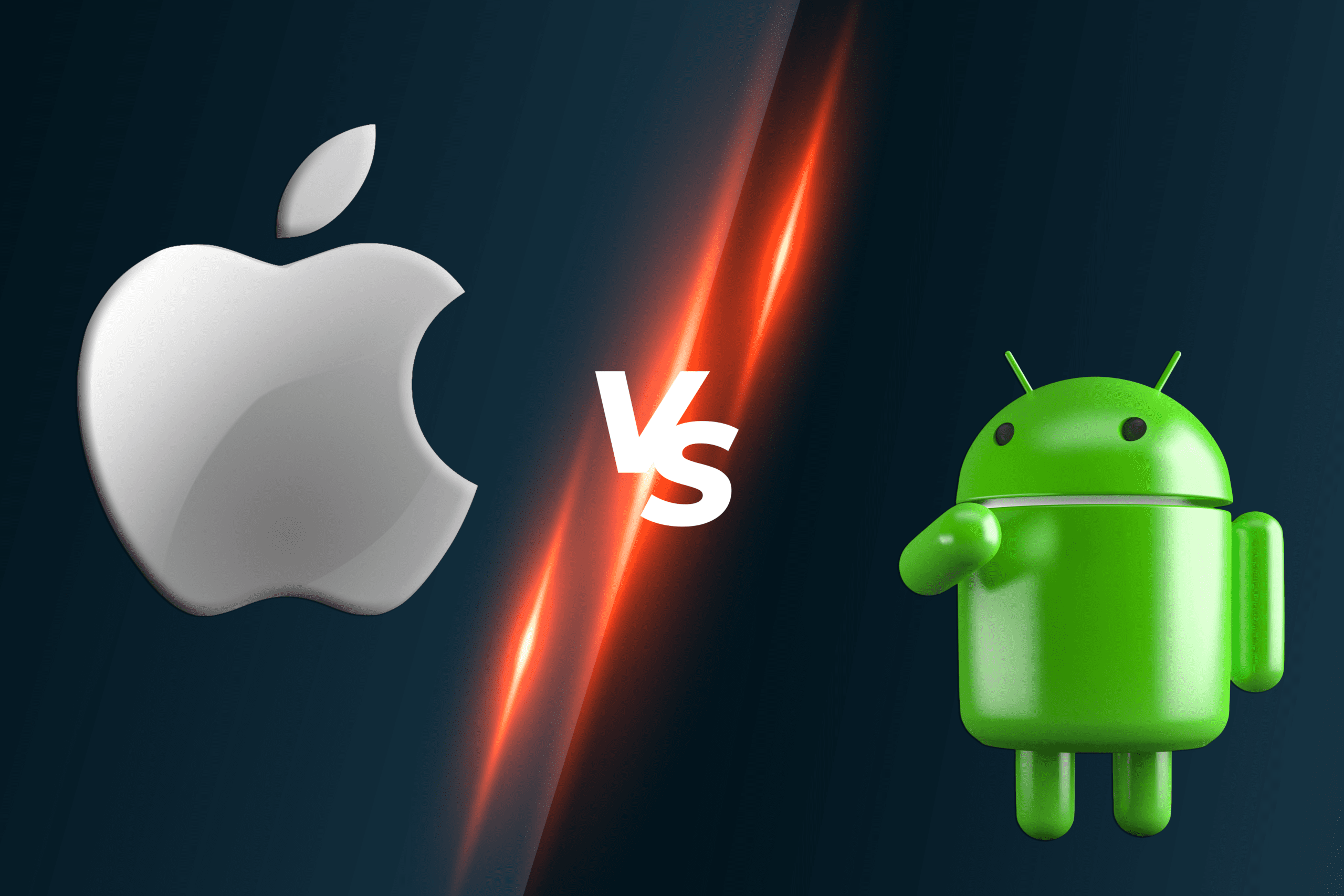 When we talk about Android VS iOS, we talk about the competition between the two most successful smartphone platforms that enable to use of the services of smartphones. These two brands rule the smartphone market and are tough competitors. In this battle, there is hard to pick an undisputed winner. Choosing a winner is difficult as both brands have a massive number of admirers.

Difference Between Android And iOS

The debate of Android VS iOS has been surfing worldwide for years now. The well-established tech giants are enjoying the great competition. These organizations have an amazing share in the smartphone market, while others’ efforts seem like nothing. However, the potential or current users must know that both the brands are building top-notch technology. Therefore, choosing either brand proves to be beneficial for the customers.

iOS is an operating system developed by Apple Incorporation. Its first version was launched in 2007. Mostly, Apple devices use this operating system that keeps on updating as time goes by. Regular updates ensure that the system is up to date with the modern tech world. Devices like iPhone and iPod Touch have this operating system built into them. iOS is the second most used operating system used in the world after Android. It is written in C++, C, Objective-C, Swift, and Assembly language.

Android is an operating system that Google provides, and its very first version was launched in 2008 by Google. Based on the modified version of Linux Kernel and other open-source software, the Android operating system serves as the most used OS in the world. C, C++, Java, and various other languages played an essential role in forming this OS. The Android VS iOS debate will never end, and they will keep producing competitive market products.

Recently the two brands launched the newest versions of Android and iOS. However, both versions are amazing in their own unique way. The latest version of Android is Android -12 for Android users while iOS -15 for Apple users. Features like Apple Pay are paving the way for iOS users to stay true-blue with the brand. On the other hand, Android’s fast-paced update quality helps secure its customers as the time taken to complete the updates is relatively minimal compared to iOS users.

The readers can get a better overview of which brand leads the battle of Android VS iOS by checking out the below specs:

Android 12 is designed in such a way that it adapts to the layouts and various wallpapers. However, compared to Android 12, iOS is not providing the level of customization that Android provides.

Users have mixed reactions to this feature. Many consider it a draw in the fight of Android VS iOS when it comes to fluidity. Both provide a fresh look to the screens of the devices.

An all-new feature introduced by Android 12 named “Play as you download” will enable you to play games while they are downloading. Fascinating, isn’t it? On the other hand, the users of iOS get to experience multiplayer features and dedicated Focus Mode.

The involvement of pre-loaded apps occupies extra space in your smartphones. However, iPhone users can delete pre-loaded apps in order to free up some space. In contrast, Android users cannot delete such apps and consider this a burden on their storage.

Software development isn’t an easy task requiring detailed research and planning before beginning the actual project. Any software development company works on customized tasks, as guided by the clients. Such tailor-made software serves as a symbol of standardization for any company. Thus, opting for the services of Godelm will take the graph of your organization’s success to a whole new height. Email Us or Call Us for any software development-related queries.