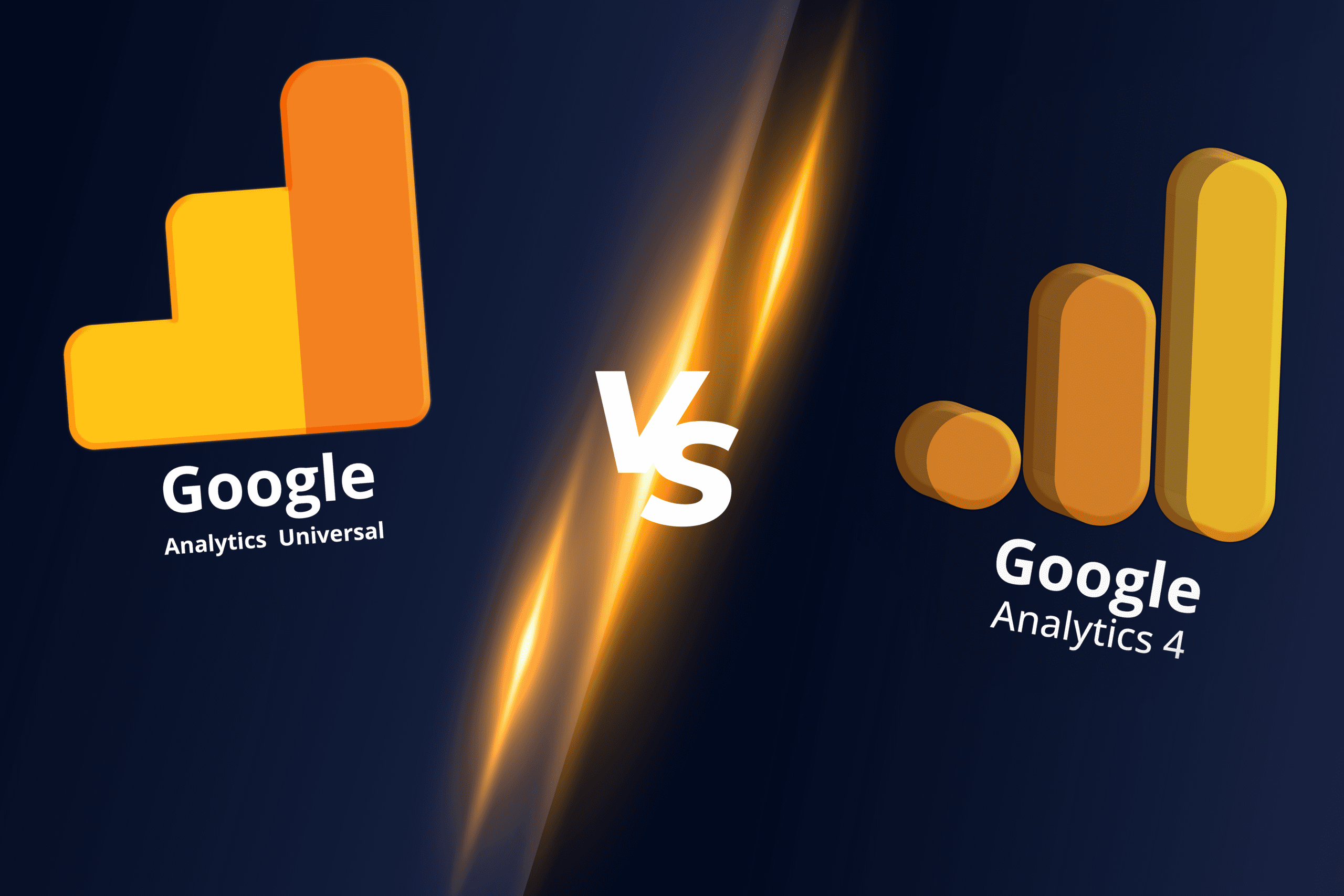 This year, on 16th March, Google announced this new version and gave rise to the comparative debate of GA universal VS GA4. The previous version, which was an ideal analytics feature according to many experts, will now be no more till July of 2023. Thus, the users must upgrade from the Google analytics universal feature to Google Analytics 4 before July 2023. The universal version will stop data collection from the date mentioned above.

Major differences are observable when we talk about the features of Google Analytics. As stated by Google, one of the two features will cease its functioning and data collection by July 2023. After that, organizations should start adopting the services of the all-new version of GA4. Beginning now would mean that the users will have at least one year of user experience with the all-new feature. In this way, one year’s comparative analysis will be possible. Let’s discuss the differences between these two analytical features.

One major difference to look out for is the difference in measuring models of both versions. The two have vastly different measuring models. Such a difference ignites the debate of GA universal VS GA4. The universal analytics version is designed on a measuring model based on sessions and pageviews. A session is an analysis carried out within a certain timeframe. The user activity or responses are recorded in a session that can have multiple pageviews, E-commerce transactions, or events.

GA4, on the other hand, has a feature that involves events and parameters. Any interaction or user activity is an event for the all-new feature. Therefore, Universal users will have events instead of sessions. A few automated events can be page_view, session_start, and firs_visit.

Difference Of The Bigquery Feature

In this comparison of the GA universal VS GA4 battle, the new version of Google Analytics 4 is the winner. BigQuery is a feature that wasn’t available for free analytics users. However, with the latest version of GA4, it’s possible to use the services of BigQuery and cover all its aspects. The users can experience the Bigquery feature without spending a single penny.

The BigQuery feature allows users to process huge data sets, data sets that are complicated at the same time. Such data sets can query very quickly through the BigQuery feature. However, compared to the GA4, Google Analytics universal version does not have the services of BigQuery. Thus, sampling in GA universal is still not that easy.

Universal Analytics is again left behind in the debate of GA universal VS GA4. Users can now remove their monthly hits using the all-new GA4 version of Google Analytics. A monthly limit of 10 million hits was available in the free version of GA universal. However, the announcement and release of the Google Analytics 4 version can go unlimited. Also, in the GA4 version, the number of events captured can reach up to 500. Beyond the limit of 500 events will not be captured.

How Do I Switch From Google Analytics To Universal?

With the release of the all-new GA4 feature, many users want to switch back to the universal feature even though the all-new version provides unique features to function. However, the users talking about GA universal VS GA4 have mixed reactions when choosing either.

Google Analytics universal will officially end its work in July 2023. However, if you signup for Google Analytics, its default provides you with the GA4 version. So, the user who requires to work in universal analytics for a while can now access GA universal as well by applying the following steps:

Steps To Shift From GA4 To GA Universal